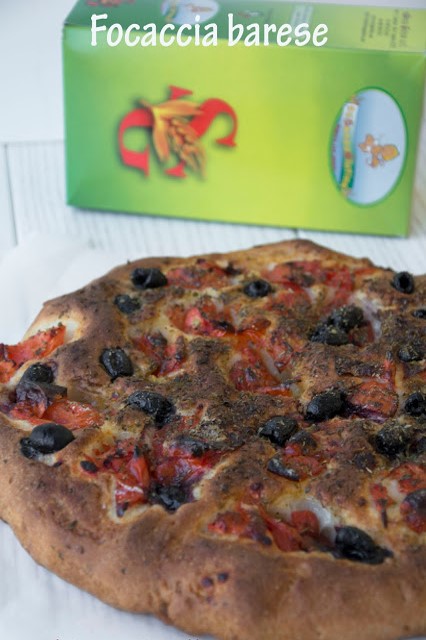 Preparation
Boil the potato with the peel in slightly salted water, then peel it and let it cool.
Dissolve the brewer's yeast in the water at room temperature or slightly warm and let it act for ten minutes.
Place the flour and potato in a bowl and start processing them by slowly adding the water to the yeast. Once the water has been absorbed, add the oil to the wire and continue stirring until absorbed and then add the salt.
Grease one bowl with extra virgin olive oil and pour the dough. Cover and let rise about 2 hours.
Grease a round baking dish with a diameter of 30 cm. Pour the mixture into the pan and with your fingertips
slightly greased, spread the dough gently until it is uniform.
Turn on the 220 ° ventilated oven. With your hands squeeze the tomatoes directly on the round focaccia making them sink a little.
Salt without exaggerating. Place the olives in the dough, sprinkle with the oregano and complete with a little oil.
Bring the oven to 250 ° static and place the focaccia in the oven for about 30 minutes.
Remove from the oven and transfer to a plate.
Excellent gluten-free snack!